Stuart Wilkinson, Marketing & Sales Director, takes a look at the company’s entry for the UK Packaging Awards, a totally plastic-free paint can, and some of our greatest hits! 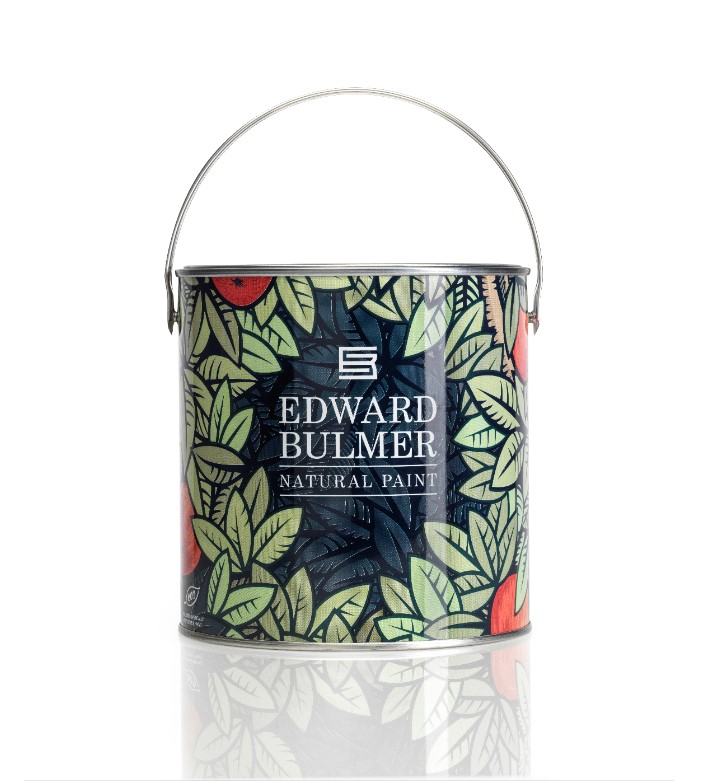 A range of water-based, natural paint colours, the Edward Bulmer Natural Paint collection was inspired by the founder’s interior design background within heritage properties. In keeping with the founder’s environmental ethos, these natural paints are non-toxic and avoid the use of petrochemicals – and to further complement the natural elements of the range, the company tasked the team with designing and creating a paint can which was totally free from plastic.

The team at William Say were asked to design and manufacture two improved paint cans at 2.5L and 5L capacity. In order to create an entirely plastic free can, William Say offered a metal handle alongside the can body. Designers worked with the client to adjust the specifications of the cans so that they could also be used by paint mixing-shaker machines.

For previous paint collections, Edward Bulmer had used white tins which were labelled after the first stage of manufacture – so to improve efficiency, timescale and reduce packaging costs for the new collection, William Say’s cans use pre-printed tinplate which is already branded with the Edward Bulmer’s distinctive leaf motif.

William Say is one of the only can makers in Europe which can still make traditional tinplate handles for the paint cans. In fact, I don’t know of anyone else that can still do it. We manufacture the handles from sheet metal, just like every other part of the can. They are formed and folded into a handle, and being thicker than wire handles, they look more premium and don’t cut into your hands as much (or have plastic parts). We can and have produced them in printed colours too.

Wilkinson Containers & William Say have a reputation for design and manufacturing excellence alongside precise attention to detail which has been demonstrated by a range of past entries to the UK Packaging Awards. Highlights include the 2018 men’s grooming gift sets from ESPA; 2017 Bill’s Restaurant Slow Baked Granola tin; and 2018 Selfridge’s Luxury Tea Set.

The first entry from ESPA was a best-selling ‘Men’s Skincare Survival Kit’ gift set which used innovative and unique packaging in the form of a ring-pull tin. The memorable design was sealed with three products inside before being completed by a plastic over cap which matched the brand’s unique Pantone colour.

As a result of its overwhelming success, a second men’s gift set was launched the following year, packed into a lever lid tin, designed to look like a traditional paint can. The product (sourced, labelled, packed and sealed by P Wilkinson Containers) included a branded screwdriver for opening. It was the fasted selling Christmas gift set ever sold by ESPA.

Bill’s 2017 entry was an intricately detailed printed tin for a slow-baked granola, finished with a matt varnish. Alongside the fine detail of the print, the seal was especially important to maintain perfect freshness in the edible product. The design used printed slip tin lids which had been produced in a range of pre-production 3D visuals perfect for initial product pitches.

In 2018 Selfridge’s commissioned tins for the Selfridge’s Luxury Tea Set which utilised a striking bespoke copper colour match onto metal embossed lids, and was all produced with the renewable energy sources at William Say’s solar farm. 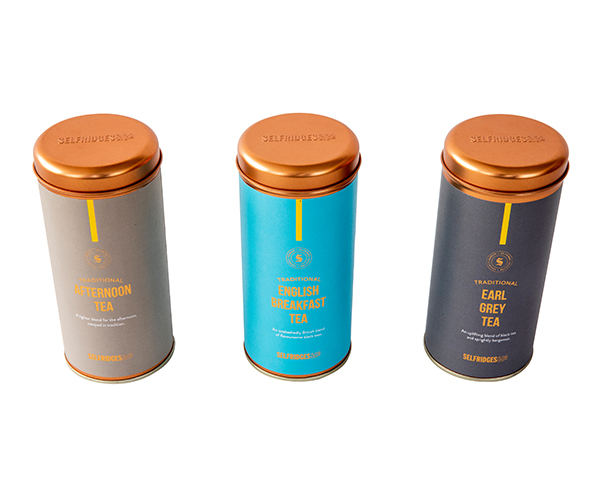