The 5L mini keg: saviour of the UK’s beer industry

The 5L mini keg: saviour of the UK’s beer industry 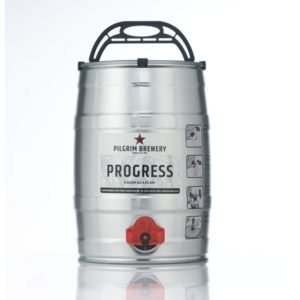 Stuart Wilkinson, Sales & Marketing Director, has a love letter to the mini-keg.

All hail the 5L mini keg! That may seem overdramatic, but let me explain why…

At the onset of the UK lockdown the Campaign for Real Ale (CAMRA) predicted that up to fifty million pints of beer and cider could be poured down the drain if Britain’s pubs didn’t reopen this summer. Unpasteurised craft beers and real ales have a short cellar life of just six to nine weeks, meaning many orders before lockdown were nearing their sell-by date before they could be drunk.

A survey of small independent UK breweries commissioned by the Society of Independent Brewers showed that on average beer sales were down by 82 per cent in April 2020.

The survey also revealed the innovative methods breweries were attempting to save the nation’s beer. Seventy per cent of breweries offered new delivery or takeaway services in order to help supply their local communities with quality independent craft beer and 61 per cent of those breweries now offer free delivery to local beer lovers. Over half of breweries surveyed saw an increase in online beer sales.

All of these solutions have been made possible due to larger, more accessible and portable packaging formats, most notably the mini-keg.

Mini-keg benefits to brewers and drinkers

In fact, at P Wilkinson Containers we’ve seen unprecedented demand from breweries, gaining over fifty new customers across the sector including ale, beer and cider producers. We now have an inhouse sector expert, Scott Wilkins, with an encyclopedic knowledge of brewers’ packaging needs.

We’ve been able to supply brewers quickly and efficiently within just five working days with 5L mini kegs which feature a superior design to other versions on the market.

Our metal five-litre mini-keg, exclusive to P Wilkinson Containers, features an easy-to-use ‘pull handle and tilt’ tap rather than a button or twist tap so that consumers can easily access their favourite beer from their homes. Each keg also has easy to follow instructions printed on its side.

Quite simply, this mini-keg is superior to using glass bottles, ringpull cans, growlers, polypins, minipins or a bag-in-a-box when it comes to ease of use. 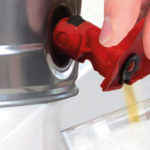 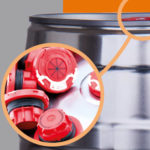 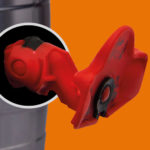 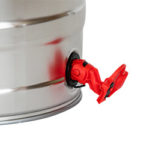 The mini-keg, made from metal, is not only a permanently available material which means that it is infinitely recyclable, it also provides an unrivalled oxygen barrier helping to preserve the contents. Our model also features an integrated tamper seal in the tap and injection moulded black carry handle if needed. It’s also suitable for carbonated and non-carbonated fillings and can withstand up to four bars of internal pressure.

The Wilkinson’s mini-keg also offers several advantages to breweries – mainly that this packaging format can be easily filled on site. Beer or cider can be piped direct into the mini-keg’s top opening, a re-closable top plug valve, without the need to invest in extra and often costly machinery. Brewers don’t need sealing equipment as the top plugs are ‘push fit.’

In ‘normal’ circumstances, smaller brewers will often send their product to be bottle or kegged at larger production facilities who have invested in bottling plants or other machinery. By using a mini-keg, smaller breweries have also avoided any delays caused by the pandemic at the filling stage such as shortage of manpower at fillers which meant an inability to fulfil orders or high demand causing delays to orders being kegged or bottled.

The future of the mini-keg

I think it’s clear that the mini-keg has been critical in helping breweries adapt to the fluctuating conditions of the Covid-19 pandemic, but what now? What does the future hold for the mini-keg?

We’re pretty sure that the mini-keg is now here as part of the new normal. On the continent, buying beer by the mini-keg has been a market trend for years. Beer enthusiasts, like dedicated drinkers of Pilgrim Brewery, will continue to purchase their favourite beers online – just look at the popularity of beer subscription services such as Beer 52. 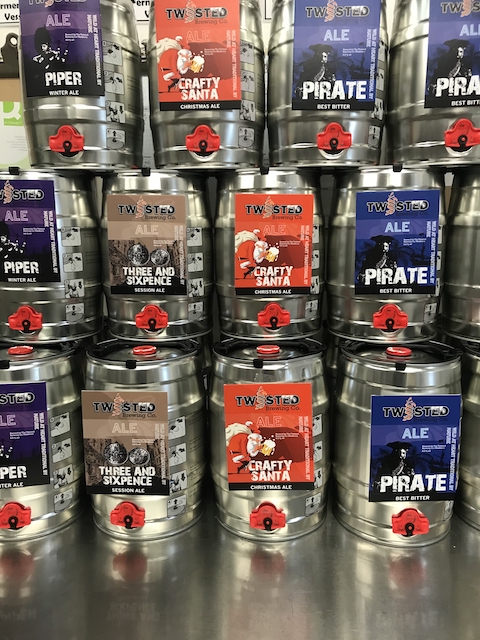 Essentially, the mini-keg, which is the equivalent of about nine pints, is an affordable packaging format which is also widely recycled in curbside collection.

We’re now offering customers the ability to include bespoke printed labels, applied at our site in Bermondsey, which heighten the end user experience – when drinkers have the final product in their homes it creates that ultimate ‘pub’ feel.

By using P Wilkinson Containers as a stockist, all the ways in which we help other industries can now be enjoyed by brewers. This includes help managing cashflow where we keep bulky packaging supplies on our premises that can be tapped into when needed, and offering affordable ways to create unique custom packaging.

I’m telling you, the mini-keg is well and truly here to stay!